When it comes to on-camera flops, the most cringe-worthy fails arise when a company spokesperson is drowning during a live interview. With the nerves, cameras and tough questions, it’s easy to do. But that doesn’t make it any more acceptable.

Here are five examples of media interview fails, and some tips so you’re never the one flopping:

1. Knowing your key messages, but not really knowing them.

The briefing: In this 2015 soundbite, LBC reporter Nick Ferrari interviews Green Party leader at the time Natalie Bennett on affordable housing… and Bennett seems to have no idea how to make it happen.

What went wrong: Bennett knows her key message, but doesn’t seem to know much about it. And when the reporter senses her uncertainty, he keeps poking and poking and never relents, making Bennett stutter, stumble and sound flustered.

Next time: Especially in radio interviews, there’s no excuse not to be prepared. Ahead of the interview, jot down your notes in “tree” form. Each key message is a tree trunk. But without any branches, you’re left with a stump. Come up with 3-5 talking points or facts about each key message. When developing your “branches,” anticipate the questions you might be asked and draft accordingly.

And word to the wise: anytime your interview or press conference involves policy changes or government-funded projects, expect and prepare for the budget/cost question. It’s inevitable.

2. Not preparing for the hardballs.

What went wrong: Woof, this is horrible to watch. She was obviously given a canned statement to bring to the interview, but instead of using a bridging technique to either subtly change the subject or assert herself and her stance, she repeats her canned statement over and over again. And then when the reporter finally switches topics to her wish-washy record on the policy change, Paxman again, fails to bridge and makes an eight-minute interview seem like an eternity.

Next time: Yes, you come on a program to talk about the cool things happening with you, your business or your brand. But it’s not always a walk in the park! When you are preparing for an interview, practice fielding challenging questions, and consider bringing in a professional for media training. They’ll develop potential hard-hitting questions a reporter might ask and can take you through a full-length mock interview, so you get some practice answering the toughies.

And to go the extra mile, be sure to videotape it! Even if you are playing it cool in your verbal responses, your body language may tell a different story – the interviewer (and the audience) will pick up on it, and poke the bear.

3. Waking up on the wrong side of the bed. 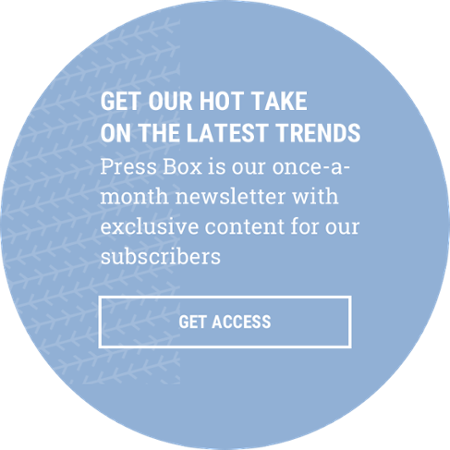 The briefing: Good Day Sacramento interviews Cara Delevingne’s as part of a press tour for the Paper Towns… and she is borderline rude.

What went wrong: Not sure if Delevingne woke up on the wrong side of the bed or took a sleeping pill before she went on air, but she was a diva and a half to these poor, peppy morning TV show hosts — snapping back terse, sarcastic answers and rolling her eyes. They were trying to ask her about her role and her busy schedule, and to the viewer (and the hosts), she seems uninterested and over it.

Next time: Open with a smile, and thank your host for bringing you onto the show; even if it feels fake or unnatural, try to match the hosts’ level of enthusiasm. You see Cara look off to the side and down at the floor, and while it may be an honest mistake, to the audience, it reads bored and unenthused. If your interview is on camera and not in person, look at the camera as if it were the person interviewing you.

4. You scored the interview, now let’s tell them nothing!

The briefing: The Cadbury CEO is interviewed about the future of chocolate… and he doesn’t have much to say.

What went wrong: A big shot Cadbury CEO has an appearance on CNBC, and simply put, he will not tell them anything important. They call him out. He smiles and continues to speak words. And more words. But nothing anyone cares about. PLEASE SIR, what is the future of chocolate??

Next time: The media is looking for a story, for some kind of news, and if you are given a chance to be that news, you better give it to them!  No, you don’t have to give away the recipe to your secret sauce, but when you are working with media, it’s a give-and-take relationship. They give you the exposure, you give them the exclusive.

5. For the love of God, find a private room, and lock the door.

The briefing: If you missed this video, you slept through 2017. There were some unexpected visitors for Professor Robert Kelly when he was being interviewed live on BBC News about South Korea.

Where it went wrong: Most things about this video are actually great. Professor Kelly looks nice from the waist up—perfect for a skype interview. Lighting is decent. Audio is decent. Setting looks professional enough… UNTIL. Child #1 comes blasting through the door, quickly followed by a baby on wheels and a frantic wife who crawls in on all fours and manhandles the children back out the door. Props to Professor Kelly for completing the interview as professionally as possible, considering the circumstances. But man, this video is funny.

Next time: Lock your door when going on live TV. 🙂

For more tips and some helpful worksheets to help prepare for a media interview, download our step-by-step guide.

In both her professional and personal life, Aidan is a storyteller and makes it known in her writing, strategic thinking and creativity. Aidan’s experience at Hodges ranges from engaging NASCAR fans through a social media campaign to writing regular content for Swedish Match’s Umgås Magazine, to pitching media for Richmond Region Tourism and planning press and influencer events.