As Jon Newman has pointed out, some of us are rather fond of Star Trek references here at The Hodges Partnership. Personally, I’ve been known to watch a little Star Trek Voyager. In one of the worst episodes of that series, titled “Threshold,” Tom Paris successfully breaks the Warp 10 barrier and soon thereafter realizes he’s transforming into a pink salamander.

I thought of this episode as I considered the speed at which organizations must make communications decisions when faced with fast-escalating scandals. Things can certainly seem to move at Warp 10 once social media gets involved. (And, let’s face it, when it’s a scandal, social media is always involved.)

At Hodges, we know from experience that for the PR pros, lawyers and executives, responsible for making very public decisions in very difficult circumstances, the stakes can seem as high as whether or not you’re willing to spend the rest of your career as a pink salamander.

Consider some recent examples where organizations, arguably, moved too fast or too slow in the face of public pressure.

Put yourself in these companies’ shoes; how would you react? Do we ever win points for being sensible in the face of Warp 10-speed public opinion? 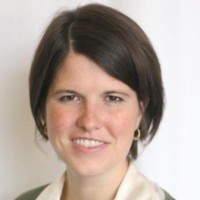